Develop capacities of all stakeholders to guarantee a broader understanding of Climate and Disaster Risk Finance and Insurance, with comprehensible information easily disseminated through user-friendly knowledge-sharing platforms

Since the kick-off call convened by InsuResilience Global Partnership’s Gender Working Group in August 2019, the group now has more than 20 members with Global Affairs Canada and CARE International as co-chairs. It has collectively defined the scope of the Working Group and agreed on the workplan for rolling out gender-related activities and guidance. Members came together for the purpose of sharing ideas and promoting activities related to the integration of gender considerations within their work. This encompassed provision of technical input to the InsuResilience Global Partnership Declaration on Gender. The approach signals to the international community the need to recognize and prioritize gender dimensions in the Climate and Disaster Risk Finance and Insurance sector. The Partnership embarked on its mission by mobilizing a unique platform entitled Centre of Excellence on Gender-smart Solutions in order to coordinate gender-specific efforts. Find out more information by clicking on the link .

The InsuResilience Secretariat and its gender expert consultants have provided advisory support through consultative meetings on the topic of gender. This has been organized by a number of Partnership Members who have expressed interest in integrating greater gender considerations in their projects and initiatives. Gender experts have also provided input into the overall InsuResilience M&E Framework and theory of change, confirming that gender mainstreaming is cross-cutting throughout the Partnership’s Vision 2025.

This analytical study was commissioned by the InsuResilience Secretariat and aims to explore the case for integrating gender and a focus on women into different CRI schemes. It provides type cases at the macro-, meso- and micro-levels. The case for integrating gender considerations into CRI is based on the assumption that women and men can be differentially impacted by diverse CRI models with varying degrees of engagement. As a consequence, this study concludes that greater awareness is required for the benefits of gender-responsive CRI since there are varied levels of understanding about the gender dimensions of macro- and meso-level CRI and the value of gender-responsive approaches

Despite the success of gender-responsive approaches, there is restricted implementation of donors’ gender policies and an ongoing need for analyzing more sex-disaggregated data to inform product design and the levels of female participation in the leadership and workforce of different CRI schemes. Since its publication, the InsuResilience Secretariat along with members of the Gender Working Group have taken actionable steps to implement the recommendations from the study.

Published in December 2019, link to the study.

The Gender Working Group partnered with the Forum for Agricultural Risk Management in Development (FARM-D) to host a series of LIVE TALKS on Gender and Climate-Risk Finance. The first LIVE TALK on ‘Integrating Gender Responsive Strategies into Climate and Disaster-Risk Finance and Insurance Solutions’ was held on 3 June and provided insights gained from the recommendations of the study ‘Integrating Gender Consideration into Different Models of Climate Risk Insurance’. This laid the foundation for later deep-dive discussions. Participants were able to interact and share experiences on gender-responsive approaches under i) micro and meso CRI schemes, and ii) macro CRI schemes.

The second LIVE TALK entitled, ‘Demonstrating Impact: How to Monitor and Evaluate (M&E) Gender-responsive Climate and Disaster Risk Finance and Insurance (CDRFI)?’ held on 13 September offered an opportunity to explore existing practices, challenges and lessons learned on gender-responsive approaches in the M&E of CDRFI activities at each stage of a programme life cycle.

The purpose of the LIVE TALK series is to gather insights of various stakeholders and inform guidance material being developed on how to include gender-smart solutions under the broader mandate of the InsuResilience Global Partnership.

The LIVE TALK series will continue in 2021. In February, LIVE TALK 03 will focus on ‘How to implement Gender-related Commitments and Strategies on the Ground’. LIVE TALK 04 will be hosted in June and will touch on ‘How to include a Gender Lens in CDRFI Investments and Grant Making’.

The Access to Insurance Initiative and the InsuResilience Global Partnership have jointly sponsored the participation of two senior insurance supervisors in the Leadership and Diversity Program for Regulators, taught by Women’s World Banking and a faculty from Oxford University’s Saïd Business School. In 2020, Mr Balmes and Ms Castro participated in the nine-month global programme that focuses on policy development and leadership competencies to support the advancement of policy initiatives creating an enabling environment for the financial inclusion of women in developing economies. In the following interview, Mr Balmes and Ms Castro reflect on their experience as scholars of the programme.

1. How has your participation in the Leadership and Diversity Program for Regulators course added value to your activities in your respective role within the Insurance Commission in the Philippines?

Foremost, thank you so much Women’s World Banking for allowing the two of us to join this journey to better ourselves! Thank you also Saïd Business School for nurturing us.

Indeed, all Thursday evenings spent in attending our classes the past nine months are time well spent. I call them my “Thursday Evening Growth Nights!”.

The ideas shared by our lecturers and the learnings I imbibed from all the sharing sessions of the programme have either confirmed what I already know, amplified it or nudged me into the direction of newer learnings and realizations.

For my part, the programme has made me listen more. I listen a lot, but the programme made me realize the value of listening more. As they say, when you talk, you will just be repeating what you know, but if you listen you have greater chances of learning. I am applying this more in all my interactions in the Insurance Commission, be it with colleagues or with stakeholders from the insurance industry in the Philippines.

Being given the chance to showcase what we have learned in the policy pitch competition and being chosen as one of the winning groups is a memorable exclamation point of our learning journey in the programme.

We have a two-fold policy initiative. First, we are seeking to increase knowledge awareness, and eventually penetration, on microinsurance as a viable entry-level risk protection mechanism for the more economically challenged and more vulnerable sectors of Philippine Society. We are beginning with the first ever webinar on microinsurance in January 2021.

3. How has the Leadership and Diversity Program for Regulators influenced your personal development as a leader and what are the take-aways for your future?

The programme has made me more aware of the need to acknowledge and understand that biases, if not handled properly, will greatly impact our decision-making process. And as a leader, this is very important since one aspect of good leadership is the conscious effort to develop the people around you. And we cannot effectively do it if we are tied to our biases when we look at people and see only their so-called biased versions and not their potential to be better colleagues.

It has also contributed to my ability to talk more by speaking less by teaching me to become better at making pitches i.e. to

crystallize what I want to say and how to say it. This includes exercises at making effective elevator pitches using concepts that make your listener listen more.

Further, the ability to listen positively to criticisms and having the mindset that they are meant to better you are also a key take-away from the programme. Effective communication in this way is the bedrock of good leadership. 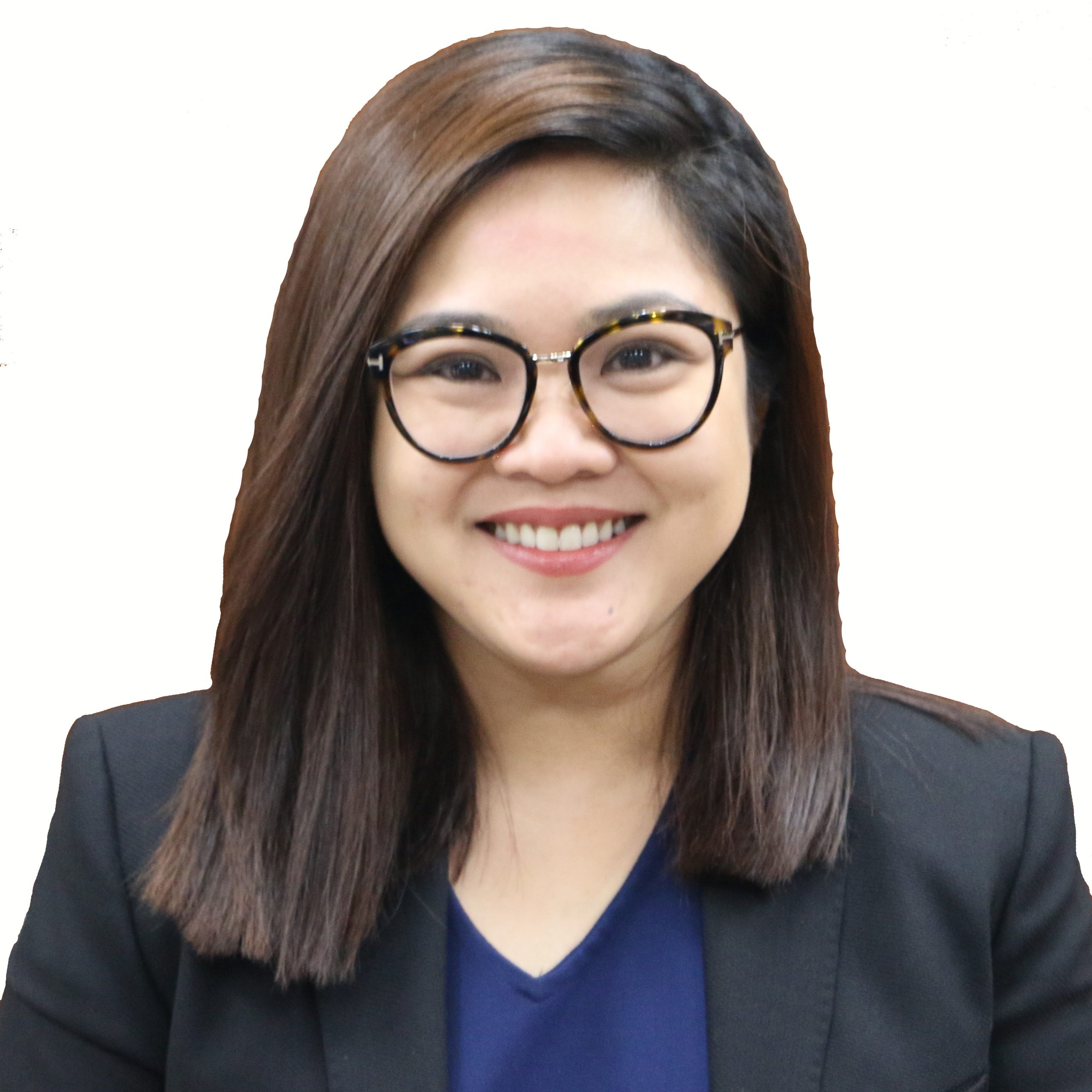 Joanne Frances DC. Castro is currently a Division Manager under the Licensing Division and Human Resource Division at the Insurance Commission of the Philippines.

She previously worked as an Associate Lawyer at Benjamin C Santos and Ray Montri C Santos Law Offices, a private law firm in the Philippines, which specialises in civil and commercial litigation, administrative cases and criminal cases.

She was admitted to the Philippine Bar in 2013. 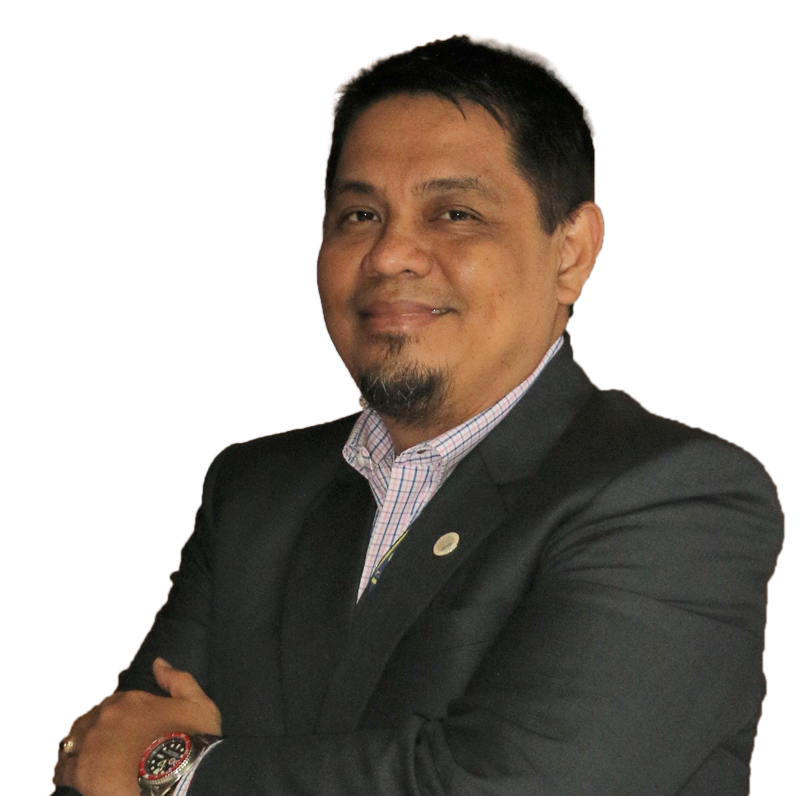 Prior to being appointed to the Insurance Commission, he was an Undersecretary in the Department of Justice from 2016 to 2018.

Academically, he served as the Assistant Dean for Student Affairs and Director for the Bar Review and the Mandatory Continuing Legal Education program of the Recoletos Law Centre, College of Law, San Sebastian College.

He is a member of the Expert Committee on the Suggested Answers to the Bar Examinations in Commercial Law and Legal Ethics of the University of the Philippine Law Centre. He also lectures on the two Bar Exam topics in various law schools and review centres in the Philippines.

He holds a Bachelor of Arts, Major in Political Science from the Ateneo De Manila University as a full scholar of the Starr Foundation Scholarship, Institute of International Education (IIE), New York, and a Bachelor of Laws from the College of Law of Arellano University.

He is a candidate for graduation of the Executive Masters in Disaster Risk and Crisis Management program of the Asian Institute of Management (AIM), as a Grant In Aid Scholar. He has been a member of the Philippine Bar since 2002.